Poll Results: Where is Big Data? For most, Largest Dataset Analyzed is in laptop-size GB range

A majority of data scientists (56%) work in Gigabyte dataset range. We note a small increase in Petabyte (web-scale) data miners, and a decline in Megabyte data miners. US, Australia/NZ, and Asia lead in percentage of Terabyte and Petabyte analysts.


Latest KDnuggets Poll asked: What was the largest dataset you analyzed / data mined?

The 2015 results, based on 459 votes, show a very similar pattern that has remained surprisingly stable since 2012, and which suggests that majority of data scientists and analysts do not work with really big data. 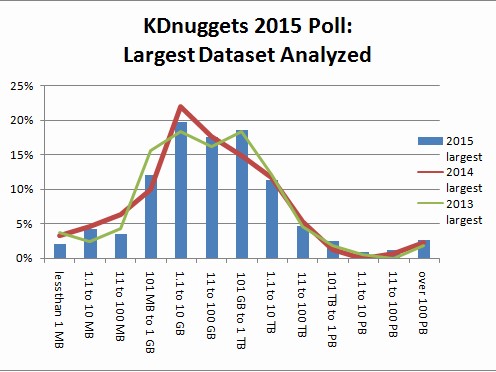 To see the trends better, we grouped the answers into ranges for Megabytes (< 1GB), Gigabytes (1-999 GB), Terabytes (1-999 TB), and Petabytes (>1 PB). We will call data scientists with largest dataset analyzed in each range Mega-analysts, Giga-analysts, etc. 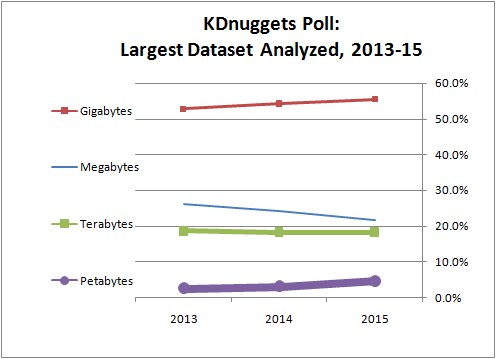 Here is a similar chart just for the US, which shows growth in Giga- and Peta-analysts and the corresponding decline in Megabyte and Terabyte analysts. 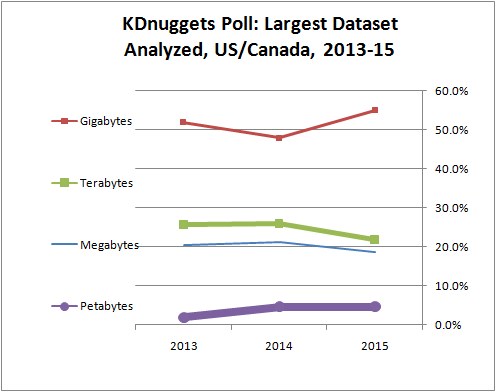 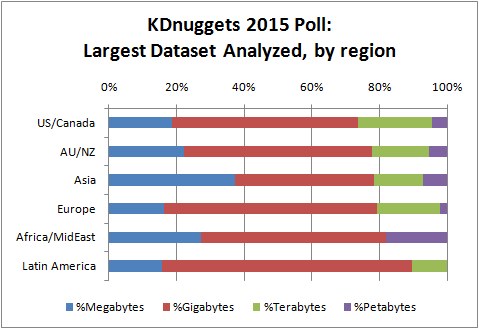