The leading experts in the field on the main Data Science, Machine Learning, Predictive Analytics developments in 2017 and key trends in 2018.

What were the main developments in Data Science, Machine Learning, Predictive Analytics and what key trends you expect in 2018?

Read also Big Data: Main Developments in 2017 and Key Trends in 2018 and last year predictions.
Have a different opinion? Comment at the end of the post. 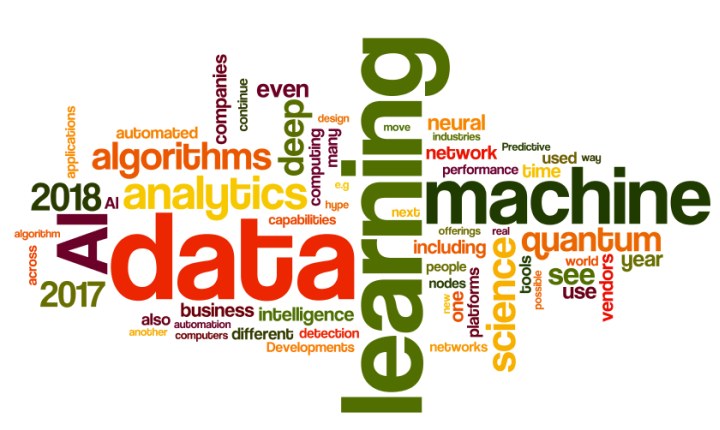 In 2018 we should see increased momentum to move beyond the AI hype. It will be time for proving AI's value, measuring its ROI, and making it actionable. The places where we will see these developments are not too different from the focus areas in 2017, including process automation, machine intelligence, customer service, hyper-personalization, and workforce transformation. We will also witness a growing maturity in IoT, including greater security features, modular platforms, APIs to access sensor data streams, and edge analytics interfaces. Also, we may see digital twins becoming more mainstream in the manufacturing, utilities, engineering, and construction industries. I also believe that in 2018 more practitioners will rise to the challenge to communicate the positive benefits of AI to a skeptical public.

Tom Davenport, is the Distinguished Professor of IT and Management at Babson College, the co-founder of the International Institute for Analytics, a Fellow of the MIT Initiative on the Digital Economy, and a Senior Advisor to Deloitte Analytics.

Everyone and their brother has an artificial intelligence or machine learning offering these days. 2017 proved that bright shiny objects were newly-burnished, and vendors-many of which weren't even what I call "AI-adjacent" -were prepared to buff and shine their product sets. The irony is that because of their newness, many of these vendors might well leapfrog established offerings.

2018 will see a rise in business conversations and use cases around AI/ML. Why? Because managers, most of whom are business people with problems to solve, don't care whether neural networks struggle with sparse data. They're not interested in lexical inference challenges with natural language processing. Instead they want to accelerate their supply chains, know what customers will do/buy/say next, and simply tell a computer what they want to know. It's prescriptive analytics writ large, and the vendors who can deliver it with as little adoption friction as possible can rule the world. 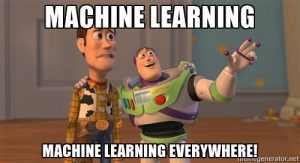 2017 was the year everyone started talking about Machine learning, AI and Predictive Analytics, unfortunately, a lot of these companies / vendors were "buzzword hopping" and don't really have the background to do, as they advertise.... It's very confusing if you check out any of the above mentioned "hot topics" on Twitter you'll find a bevy of posts from the same people who were talking about social media marketing last year! Experience in these fields require TIME and TALENT, not just "calls to action" and buzz... as always, EXPERIENCE DOES MATTER!

I see 2018 as the year where we look to the leaders in Data Science and Predictive Analytics, not because it's trendy but because it can make a HUGE difference in your business. Predictive hiring can save millions in turnover and attrition; AI and Machine Learning can do in seconds what you used to do in days! We agree technology can take us to new heights, but let's also remember to be HUMAN. You have a commitment to do no harm as a data scientist or an algorithm writer, if not by law, by humanity and ethical practice to be transparent and unbiased

The practice of data science and machine learning capabilities are increasingly being adopted across a wide range of industries and applications.

In 2017, we saw great advancements in AI capabilities. While prior deep learning models required massive amounts of data to teach the algorithm, the use of neural nets and reinforcement learning shows that data sets are not needed to create high-performing algorithms. DeepMind employed these techniques and created Alpha Go Zero, an algorithm that outperformed prior algorithms, by simply playing itself.

As the adoption of AI continues to grow in areas like criminal justice, finance, education and the workplace, we will need to establish standards for algorithms to assess their inaccuracy and bias. The interest in the social implications of AI will continue to grow (see here and here), including establishing rules of when AI can be used (e.g., avoid the "black box" of decision-making) and understanding how deep learning algorithms arrive at their decisions.

Security breaches will continue to climb, even in companies that were born of the Internet age (e.g., imgur, Uber). Consequently, we will see efforts at overhauling security approaches, increasing the visibility of Blockchain (a virtual ledger) as a viable way of improving how companies secure data of their constituencies.

The promise of ubiquitous and effective use of Business Intelligence software by those without research or analytic backgrounds still faces many hurdles. Inroads certainly have been made with software like Tableau, IBM's Watson, Microsoft Power BI and others. However, in data collected in 2017 by Rexer Analytics as part of our report on the practices of data science professionals, only a little over half of respondents indicated that self-service tools are being used by people outside of their data science teams. When these tools are being used, about 60% of the time challenges are reported, with the most common themes being failure to understand the analytic process and the misinterpretation of results. 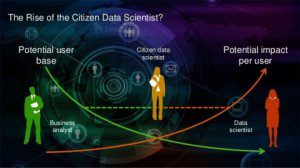 For 2018, the goal of actualizing the promise of these "Citizen Data Science" tools to expand the use and power of analytics to produce valid and meaningful results is of paramount importance. As is often the case (in our experience), an integrated multi-disciplinary team approach still works best: it is important to provide non-analytically trained staff and executives with the tools to explore and visualize their hypotheses. But it is equally important for teams to develop models and interpret findings in concert with a data science professional who is trained to understand the applications and limitations of the specific analytic techniques.

In 2017, three high-velocity trends in machine learning continued full speed and I expect they will in 2018 as well. Two are great, and one is the rose's inevitable thorn:

1) Business applications of machine learning continue to widen in their adoption across sectors -- such as in marketing, financial risk, fraud detection, workforce optimization, manufacturing, and healthcare. To see in one glance this wide spectrum of activities, and which leading companies are realizing value, take a look at the conference agenda for Predictive Analytics World's June 2018 event in Las Vegas, the first "Mega-PAW" and the only PAW Business of the year (in the US).

3) Unfortunately, artificial intelligence is still becoming even more overhyped and "oversouled" (this pun's credit to Eric King of The Modeling Agency :). Although the ill-defined term AI is sometimes used by expert practitioners to refer specifically to machine learning, more often it is used by analytics vendors and journalists to imply capabilities that are patently unrealistic and to cultivate expectations that are more fantasy than real life. Just because "any sufficiently advanced technology is indistinguishable from magic," as Arthur C. Clarke famously posited, that does not mean any and all "magic" we imagine or include in science fiction can or will eventually be achieved by technology. You've got the logic reversed. That AI will attain a will of its own that might maliciously or recklessly incur an existential threat to humanity is a ghost story -- one that furthers the anthropomorphization (or even deification) of machines many vendors seem to hope will improve sales. Friends, colleagues, and countrymen, I urge you to ease off on the "AI" stuff. It's adding noise and confusion, and will eventually incur backlash, as all "vaporware" sales do.

I was recently at a meeting where I was reunited with two of my oldest colleagues, John Hopcroft and Al Aho. (Editor: see classic textbook Data Structures and Algorithms, by Aho, Hopcroft, and Ullman). I didn't have much to say in my talk that was new, but both Al and John are looking at things that could be of real interest to the KDnuggets readers.

John (Hopcroft) talked about analysis of deep-learning algorithms. He has done some experiments where he looks at the behavior of network nodes in a series of trainings on the same data in different orders (or similar experiments). He identifies cases where SOME node of each resulting network does essentially the same thing. There are other cases where you can't map nodes to nodes, but small sets of nodes in one network have the same effect as another set of nodes in another network. This work is in its infancy, but I think a prediction that might hold up for next year is:

The careful analysis of deep-learning networks will advance the understanding of how deep learning really works, its uses and pitfalls.

Then, Al Aho talked about quantum computing. There is a lot of investment by some of the biggest companies on the planet, e.g., IBM, Microsoft, Google, in building quantum computers. There are many different approaches to these devices, but the thing that Al was excited about was the work of one of his former students at Microsoft, who is building a suite of compilers and simulators to allow the design of quantum algorithms and testing them, not on a real machine, which doesn't really exist, but on a simulator. This reminds me of the work in the 1980's on integrated-circuit design. There we also had compilers from high-level languages to circuits, which were then simulated, rather than fabricated (at least at first). The advantage was that you could try out different algorithms without the huge expense of building the physical circuit. Of course in the quantum world, it is not just "slow and expensive" but possibly "not possible at all," we just don't know at this point. Al actually shares my skepticism that quantum computing is going to be real any time soon, but there is no question that money will be invested, and algorithms designed. For example, Al points out that this past year there was interesting progress on more efficient quantum algorithms for linear algebra, which if brought to fruition would surely interest data scientists. So here's another prediction:

Quantum computing, including algorithms of interest in data science will receive a lot more attention in the next years, even if true quantum computers able to operate at a sufficiently large scale never materialize or are decades away.

I'll add one more prediction of my own, far more mundane:
Jen Underwood, @idigdata, founder of Impact Analytix, LLC, is a recognized analytics industry expert, with a unique blend of product management, design and over 20 years of "hands-on" development of data warehouses, reporting, visualization and advanced analytics solutions.

When I look back at 2017, I will remember it fondly as the year when intelligent analytics platforms emerged. From analytics bots to automated machine learning, there has been a plethora of sophisticated, intelligent automation capabilities coming to life across every aspect of data science. Data integration and data preparation platforms have become smart enough to plug-and-play data sources, self-repair when errors occur in data pipelines, and even self-manage maintenance or data quality tasks based on knowledge learned from human interactions. Augmented analytics offerings have started to deliver on the promise of democratizing machine learning. Lastly, automated machine learning platforms with pre-packaged best-practice algorithm design blueprints and partially automated feature engineering capabilities have rapidly become game-changers in the digital era analytics arsenal. 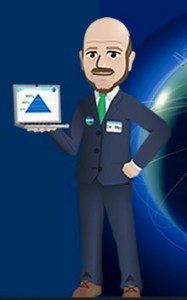 Next year I expect to see automated artificial intelligence seamlessly unified into more analytics and decision-making processes. As organizations adapt, I anticipate numerous concerns to be raised around knowing how automated decisions are made and learning how to responsibly guide these systems in our imperfect world. Looming EU General Data Protection Regulation compliance deadlines will further elevate our need to open up analytics black boxes, ensure proper use, and dutifully govern personal data.