Metrics to Use to Evaluate Deep Learning Object Detectors

Different approaches have been employed to solve the growing need for accurate object detection models. More recently, with the popularization of the convolutional neural networks (CNN) and GPU-accelerated deep-learning frameworks, object- detection algorithms started being developed from a new perspective. CNNs such as R-CNN, Fast R-CNN, Faster R-CNN, R-FCN, SSD and Yolo have highly increased the performance standards on the field.

Once you have trained your first object detector, the next step is to know its performance. Sure enough, you can see the model finds all the objects in the pictures you feed it. Great! But how do you quantify that? How should we decide which model is better?

Since the classification task only evaluates the probability of the class object appearing in the image, it is a straightforward task for a classifier to identify correct predictions from incorrect ones. However, the object detection task localizes the object further with a bounding box associated with its corresponding confidence score to report how certain the bounding box of the object class is detected.

A detector outcome is commonly composed of a list of bounding boxes, confidence levels and classes, as seen in the following Figure: 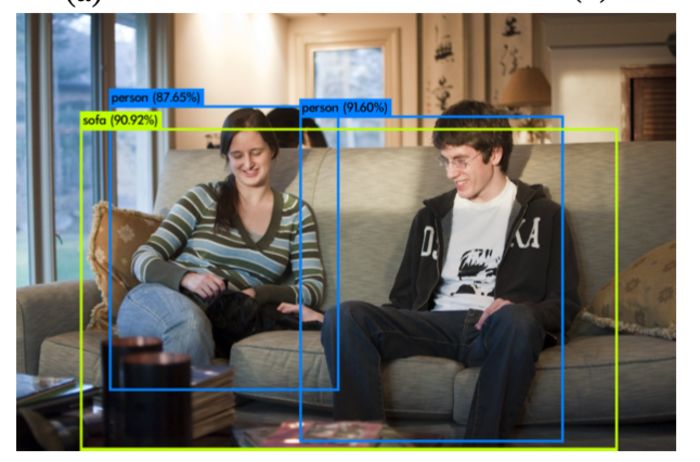 Object detection metrics serve as a measure to assess how well the model performs on an object detection task. It also enables us to compare multiple detection systems objectively or compare them to a benchmark. In most competitions, the average precision (AP) and its derivations are the metrics adopted to assess the detections and thus rank the teams.

IoU:
Guiding principle in all state-of-the-art metrics is the so-called Intersection-over-Union (IoU) overlap measure. It is quite literally defined as the intersection over union of the detection bounding box and the ground truth bounding box.

Dividing the area of overlap between predicted bounding box and ground truth by the area of their union yields the Intersection over Union.

An Intersection over Union score > 0.5 is normally considered a “good” prediction. 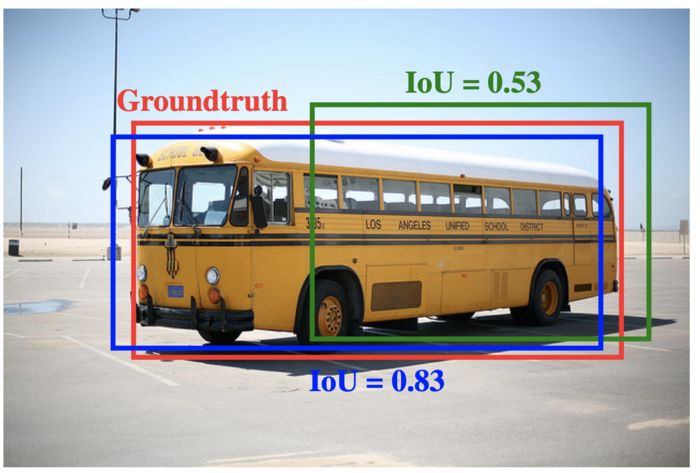 IoU metric determines how many objects were detected correctly and how many false positives were generated (will be discussed below).

Number of detections with IoU>0.5

Number of detections with IoU<=0.5 or detected more than once

Number of objects that not detected or detected with IoU<=0.5

Recall measures how good you find all the positives.

F1 score is HM (Harmonic Mean) of precision and recall.

The general definition for the Average Precision(AP) is finding the area under the precision-recall curve.

The mAP for object detection is the average of the AP calculated for all the classes. mAP@0.5 means that it is the mAP calculated at IOU threshold 0.5. 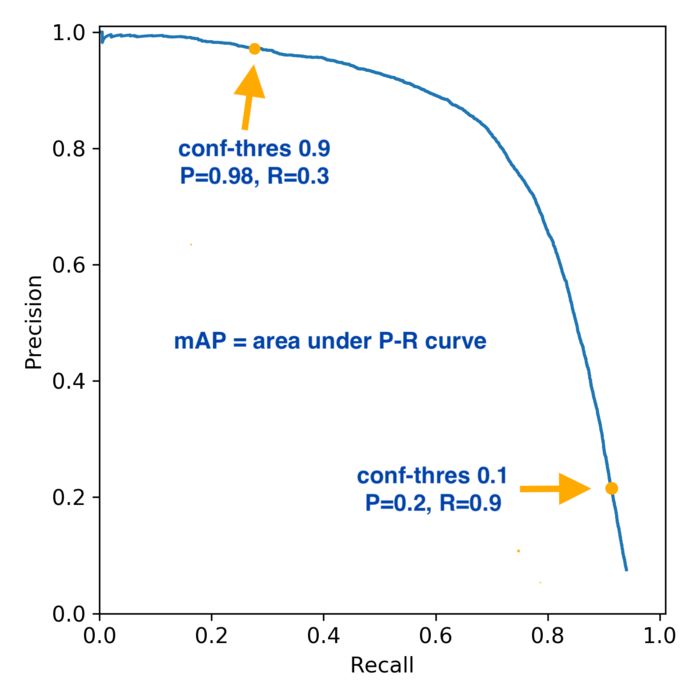 mAP Vs other metric 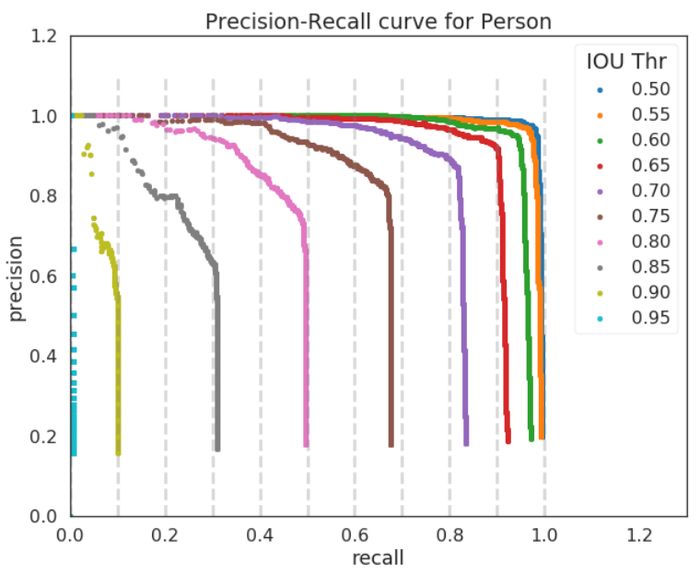 Which metric is more important ?