Multivariate Time Series Analysis with an LSTM based RNN

Check out this codeless solution using the Keras integration. 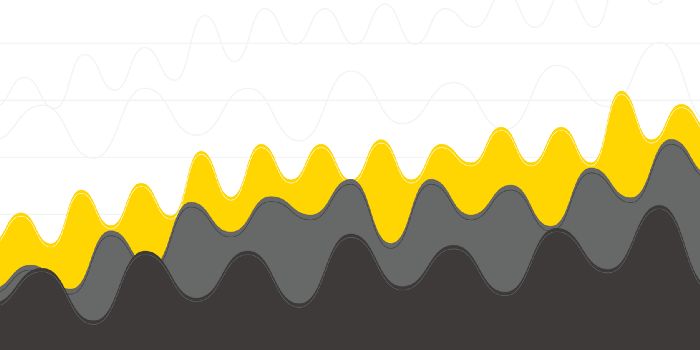 Forecasting models are used in many different fields and applications. For example, to predict the demand of a product based on its demand in the last days, weeks, or years. In real life, however, additional time varying features should be included in the model, for example the demand of related products, as their impact on the predicted value can change over time as well.

In this blog post we’d like to show how Long Short Term Memories (LSTM) based RNNs can be used for multivariate time series forecasting by way of a bike sharing case study. The goal is to predict the demand for bikes based on multiple input features.

Univariate time series: Only the history of one variable is collected as input for the analysis. For example, only the temperature data collected over time from a sensor measuring the temperature of a room every second.

Multivariate time series: The history of multiple variables is collected as input for the analysis. For example, in a tri-axial accelerometer, three accelerations are measured over time, one for each axis (x,y,z).

In our example, we use the London Bike Sharing dataset from Kaggle. The dataset has 10 columns including timestamp, count of new bike shares (cnt), as well as additional independent features like the real temperature in °C (t1), the felt temperature in °C (t2), or whether it is a holiday day or not (isholiday). Below an overview of the different input features

This case study, can therefore be framed as a supervised learning problem. The past demand, i.e. the count of the new bike shares, and the past values of the other features over the last 10 hours represent the input. Our target is to predict the demand for bikes in the next hour.

Tip. During deployment a many-to-one architecture can be used to generate a sequence by creating an input sequence including either one or multiple predicted values.

To get started with recurrent neural networks and LSTMs, we recommend the following blog posts:

We chose to use a many-to-one LSTM based RNN. This network consists of an input layer to accept the data sequence, an LSTM layer (implementing the many-to-one layer) to process the sequence, and a dense layer with activation function ReLU to predict the next value of the target feature. Figure 1 shows the architecture.

In Figure 2, you can see the focus on the many-to-one behavior of the LSTM layer. The graphic shows you the LSTM layer of the network in a so-called unrolled way, where the last 5 time steps are taken into account.

Figure 2. Unrolled structure of the LSTM layer for a multivariate time series.

After processing all feature vectors from the previous 5 time steps, the hidden states should be able to feed the necessary information into the output dense layer with activation ReLU to predict the demand value for the next time step t.

A network like this needs a training set with sequences of 5 feature vectors associated with the demand at the following time step.

There are many ways in which the data can be used. For example, information such as season, isweekend or isholiday is already known for the next day and could be used as additional input feature to add richness to the analysis.

The workflow in Figure 3 covers all steps, from reading, preprocessing, defining and training the network, through to executing the network on the test set and evaluating its performance.

Let’s have a look at the different steps in detail.

Figure 3. This workflow reads and preprocesses the data and builds, trains, and evaluates the LSTM based RNN.

The workflow starts by reading the london_merged.csv file using a CSV Reader node. Next, some time features are extracted from the timestamp field (day of month, day of week, month and hour) using the Extract Date&Time Fields node.

In our case study, we adopted sequences of length n=10. This means each training sample should include an input matrix consisting of the feature vectors of the last 10 time steps and the associated target value.

Let’s make a small example for this. Let’s say we have a multivariate time series, with values from three sources x, y, z, and let’s say we make the prediction based on the previous 5 time steps. In this case, the input matrix could be organized as follows.

This matrix has shape “5,3”, 5 along the time dimension and 3 along the feature dimension.

In KNIME Analytics Platform, this matrix can be created by the Keras Network Learner node based on a vector obtained by concatenating the cells in the matrix above in the following order:

That is one feature after the other, with values sorted from the latest to the most recent. We then group all these values within a collection cell and feed them into the network. The layer accepting the input data is usually the Keras Input Layer node. If the Input shape is set as “5,3” in the configuration window of the Keras Input Layer node, then the Keras Network Learner node will convert the values in the collection cell automatically into the desired matrix.

Figure 4. Content of the “Restructure Training Set” metanode to create the sequence of 10 past features vectors in the desired order.

The metanode starts with a loop on the dataset columns. At each iteration one column is processed. The Lag Column node in the loop body — between the Loop Start node and the Loop End node — creates the sequence of n=10 past values of the current column by setting a lag value of 10. The times series produced by the Lag Column node follows this order:

The network, however, needs an input sequence in time increasing order, such as:

The “Resort Columns” metanode resorts the sequence appropriately. The output of the Loop End (Column Append) node has the sorted sequences of feature vectors and the corresponding targets, as demand values at the next time step.

We now look at the table that contains all the columns with current values, and remove all columns with the exception of column “cnt”, which contains the bike demand at hour t, what is our target value. We have created the input sequences on one side and the corresponding target on the other. The sequences of the previous feature vectors are aggregated into collection cells, using the Create Collection Column node. Finally, the two parts are rejoined together with the Column Appender node. Our training set is now ready to go.

Define, Train, and Evaluate the Network

For this case study, we opted for a basic RNN structure that can be optimized and improved by stacking multiple LSTM layers, including regularization techniques like dropout to avoid overfitting, etc.

The simple network we implement here consists of three layers:

In Figure 3, you can see how this network is built using the sequence of brown nodes in the top left corner of the workflow. Each brown node builds a layer of the network.

Now that we have preprocessed the data and defined the network, we can train the network using the Keras Network Learner node. The configuration window of the node makes it easy to set all training parameters. Here are the settings for this case study:

Figure 5. Performance of the network on the test set.

Now that we have a trained model we can build a second workflow for the deployment.

Deploy the Model to Predict the Demand

Figure 6 shows you a simple deployment workflow that predicts the demand for the next hour based on the demand and the other features in the last 10 hours.

The workflow reads the new data and performs the same preprocessing steps as in the training workflow. This means extracting fields from the timestamp, using the same normalization, creating the feature vectors and aggregating them into one vector, so that the Keras Network Executor node can create the input matrix. Then the trained network is applied and the predicted value gets denormalized and rounded.

Figure 6. This workflow applies the trained network to some new data to predict the demand for the next hour.

What Did you Learn? Let’s Recap

Download more time series analysis workflows or deep learning workflows from our Examples space on the KNIME Hub and try out your new skills!

Bio: Kathrin Melcher is a data scientist at KNIME.

As first published in Low Code for Advanced Data Science.