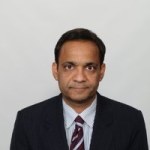 Dr. Alok Aggarwal is the founder and CEO of Scry Analytics; prior to this, he was the co-founder and Chairman of Evalueserve. He received his PhD in EECS from Johns Hopkins University in 1984 and worked at IBM Watson Research Center during 1984 and 2000; during 1989-90, he taught at MIT and advised two PhD students and during 1998-2000, he founded IBM India Research Lab. and grew it to 60 researchers.