With that in mind, new KDnuggets cartoon looks at the problems of data scientists who may want to become data engineers. 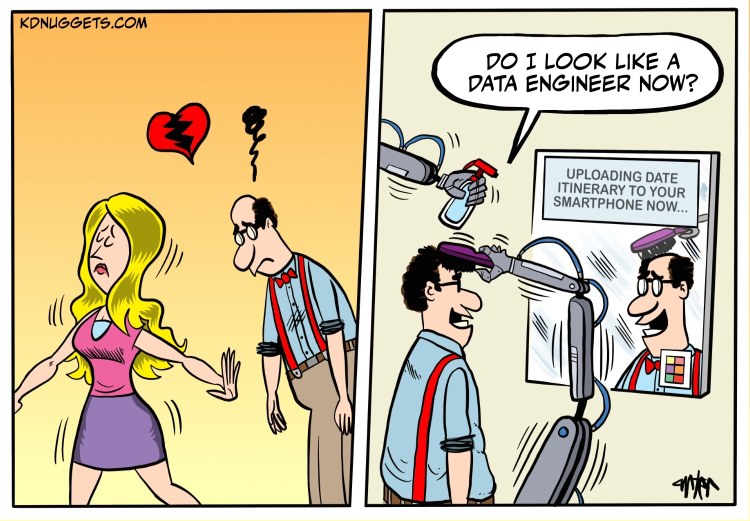 Former Data Scientist:
Do I Look Like a Data Engineer Now?